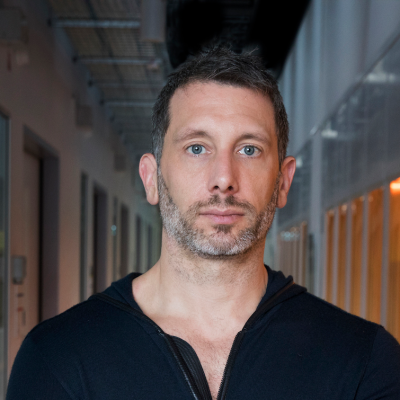 Professor Michael J Biercuk is the CEO and Founder of Q-CTRL, a quantum technology startup that is accelerating the pathway to the first useful quantum computers using the power of quantum control.  Q-CTRL has attracted top-tier venture-capital backing from Sequoia Capital among others, and is built on Michael’s research leading the Quantum Control Laboratory at the University of Sydney.

Michael holds the positions of Professor of Quantum Physics and Quantum Technology and CEO of Q-CTRL concurrently, and in his academic role is a chief investigator in the Australian Research Council Centre of Excellence for Engineered Quantum Systems.  He was educated in the United States, holding a PhD in Physics from Harvard University and a BA from the University of Pennsylvania.

An award-winning experimental quantum physicist, Michael speaks with clarity and authority about science and technology and is adept at making quantum physics accessible for a lay audience, such as with his TEDxSydney performance and his appearance at SXSW in 2019.

1:35 PM Accelerating the pathway to useful Quantum computers at Q-CTRL

Defeat the "N" in NISQ:  Suppressing noise in contemporary quantum computing architectures with Q-CTRL.
Today's Quantum computers suffer from noise and instabilities that limit our ability to execute algorithms.  In the abstract (and the long term), we are hopeful that Quantum error correction (QEC) will enable us to build arbitrarily large Quantum computers from imperfect hardware.  But what can we do today when QEC remains primarily the realm of mathematical proof rather than practical application?
Quantum Firmware provides a lab validated route to stabilize Quantum computers against noise without the need for QEC and without changing the hardware.  By leveraging insights from the discipline of control engineering  - which has given us stable flight, walking robots, and autonomous vehicles - we're able to augment the performance of modern Quantum computers at the lowest levels of the Quantum compute stack.  Learn about the foundations of Quantum firmware and how it can be used to accelerate the pathway to true Quantum advantage.

Check out the incredible speaker line-up to see who will be joining Michael.