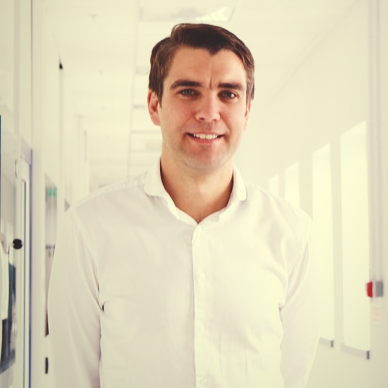 Richard Murray is business development manager for Teledyne e2v's quantum technologies activities. This currently consists of a team of more than 30 FTEs based in Chelmsford, Essex. Over the next 1-2 years, Teledyne e2v is bringing to market a range of products covering almost the entire spectrum of quantum: from gravity and magnetic sensing, timing, imaging and communications.

Richard is aiding Teledyne's transition from quantum research to a quantum business, and this includes acting as the translator between electrons and photons; benefits and applications; £s and $s.

Before Teledyne e2v, Richard was Innovation lead for Quantum Technologies at Innovate UK, and was behind the set-up of the UK National quantum technologies programme, and, as co-author of the quantum manifesto, the European Flagship.

Before that, Richard was a science and technical product consultant for TTP and has a PhD in Quantum cold atom physics from the University of Southampton.

Check out the incredible speaker line-up to see who will be joining Richard.