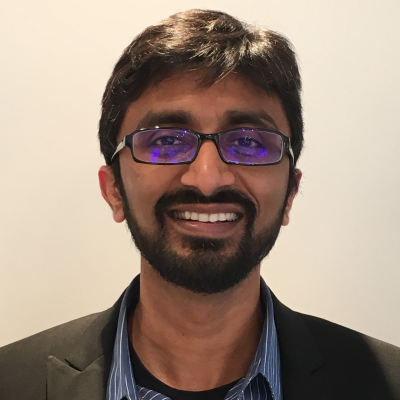 I am a Technical Fellow at the United Technologies Research Center (UTRC), broadly interested in the design, analysis, and uncertainty quantification of complex systems. Of particular interest are large networks of continuous and discrete dynamical systems that tend to be analytically and computationally intractable. Typical application areas include UAV swarms, energy efficient buildings, smart grids, social networks, next generation electrical and communication networks for aircraft, sensor networks, and MEMS oscillator networks. At UTRC, I currently serve as a principal investigator for DARPA's EQUiPS and AFOSR's Computational Cognition and Machine Intelligence programs, in addition to multiple internal (UTRC) programs.

Prior to joining UTRC, I earned my Ph.D. in January 2008 from Cornell University, where I was a McMullen Fellow and won the H.D. Block teaching award. I received my Masters and Bachelors in Aerospace Engineering from the Indian Institute of Technology, Bombay in 2002.

Check out the incredible speaker line-up to see who will be joining Tuhin.